The ANPS(A) is the national association of the various state-based societies. The origin of ANPS(A) dates back to the early 1950s. The idea of a Society that is dedicated to the cultivation of Australian plants was prpopsed by Arthur Swaby who, for several years from May 1954, wrote a column "Know Your Natives" in the popular gardening magazine "Your Garden".

As a result of Swaby's initiative, the first regional Society was established in 1957 in Victoria. The idea was quickly taken up in other parts of Australia to form the separate independent Regional Societies which are now based in each Australian State and the Australian Capital Territory (ACT).

The national association was formed in 1962 to foster the interchange of ideas and information throughout Australia and to coordinate issues extending beyond regional boundaries. Prior to December 2008, the organisation's name was the Association of Societies for Growing Australian Plants (ASGAP). The name was changed to better reflect the wider interests of member societies, which extend beyond cultivation of Australian native plants. ANPSA is an administrative body and does not have individuals as members. Individual membership is available through the State based Regional Societies. 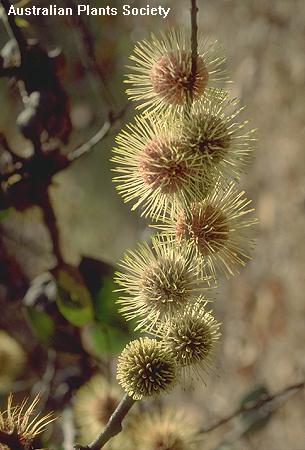